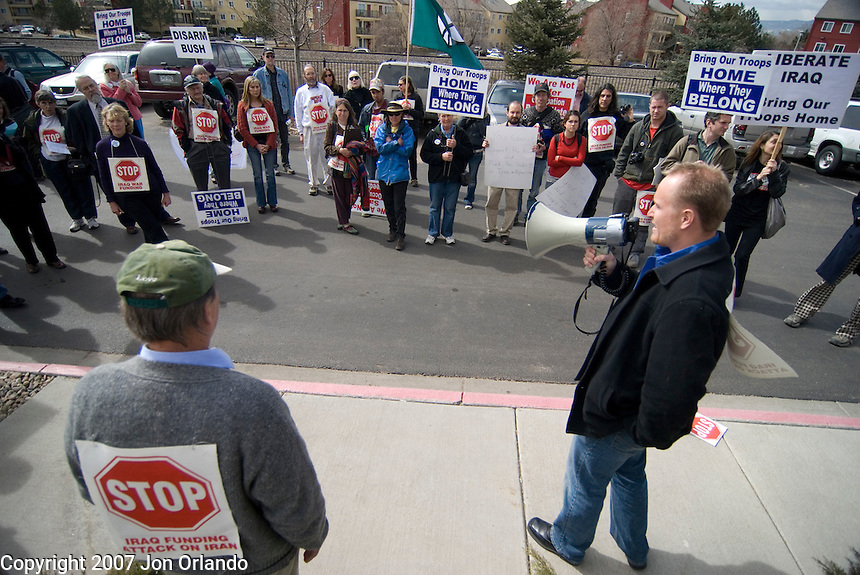 On March 8th, dozens of residents of Colorado participated in a national action called The Occupation Project in which residents occupied the offices of key congressional representatives in an effort to encourage them to vote against funding for the Iraq War. In Colorado the offices of Ken Salazar, Mark Udall, and Dianna DeGette were occupied and five demonstrators were arrested at Mark Udall's office after refusing to leave.